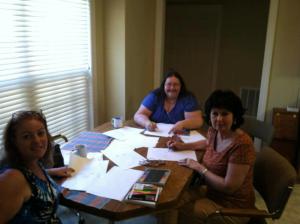 APRIL is Child Abuse Awearness Month. DANNY, a book on the issues of child abuse was written and published by author Linda Nance March 29, 2013. It is the touching realistic story of an abused child by the name of Steven, who’s best friend is rather unusual. In fact Danny is not of this world. Yet Danny knows things past, present and future that helps Steven through his journey to escape the horrors of ultimate betrayal. Abused by those who should have protected and loved him the most. It’s not a popular subject, but one that Linda addresses because of her love for children dealing with and recovering from child abuse. -readers review by Carol Dabney
DANNY by author Linda Nance
http://linda-nance.blogspot.com/

Linda says of her lastest project DANNY, “I have a secret I can not resist sharing. It seems like a miracle that Danny is here NOW. I have not officially launched it but found out this morning it is a book you could hold in your hand. The kindle is next….”

About the Author
Linda Nance is an author in rural Arkansas who loves family, friends, writing, arts, crafts and so much more who is working to make dreams come true. She writes in several genres including writing and illustrating children’s books. Novels, short stories, fiction, non fiction, children’s books and art are just the beginning as she has so much more planned. She founded a writers group dedicated to people helping people with the writing and projects making dreams come true. It has expanded online allowing writers from around the world to share information, support and inspiration.

“DANNY IS HERE….NOW… I May be gone soon but will be back. I have been so determined to get the novel Danny released by April 10. It is here now. If you want a book you can hold in your hands it is here now at”
CreateSpace eStore: https://www.createspace.com/4219992

Linda Nance is the founder of the Northeast Arkansas Writers Club that meets regularlly in Jonesboro, Arkansas. Thanks to Linda authors come from all over Arkansas to share book and marketing ideas. We even help each other with editing and illustrations. -Carol Dabney authordabney.wordpress